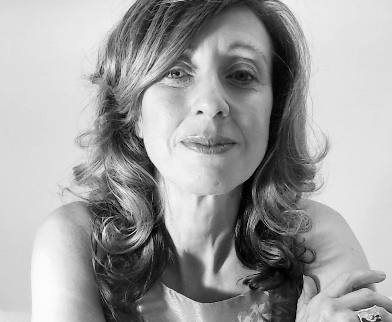 Today I received the first bit of feedback from a school piloting my using visualisation project and I admit to feeling a tremor of trepidation. What if they were disappointed and it was all a bit underwhelming… proving the naysayers right: we don’t have time for this kind of feel-good airy-fairy lefty stuff, we need to get on with more important business of reallearning!

My take has always been that if children don’t know how to be quiet and still, quality learning just isn’t going to happen, despite our best efforts. Those hours of thoughtful preparation to make lessons pacey, spaced and collaborative with regular summative reviews are wasted if children simple aren’t ready to learn. Groundwork needs to be done. And it’s not a given that this will happen at home. The ability to concentrate is something that has to be taught. And a pre-requisite is the ability to be still.

I like to use the term ‘stilling’. It’s the lesser-known predecessor to ‘mindfulness’ which is top trumps for kudos right now. Tina Grant is the teacher who has been trialling my ‘Imagine & Reflect’ material with Year 5 pupils at Driffield Junior School. I’m eager to hear all about her first session.

She begins by telling the children about me and the Using Visualisation project, and that they had been specially chosen to be guinea pigs. They like that, and are keen to give it a go. But what will they make of the Stilling exercise?

Tina joins in to model the practise: sitting, back straight, eyes closed, hands gently on knees. Somebody giggles. It’s acknowledged. “Yes, this is a bit different to what we usually do in class. But to get the most out of it try to forget about everyone else. Everyone else will have their eyes shut. No-one is looking at you.” She plays the audio and the children settle.

“How was that?” she asks a few minutes later. The class are unusually quiet. “Did you enjoy it?” There are some nods and a few tentative hands. “Did anyone feel uncomfortable?” Several hands go up. Why’s that?

Being quiet and still is a novelty not entirely welcomed at first. Not surprising really as on the engagement stakes it can’t compete with the likes of Fortnight and Overwatch - three minutes is a chasm when nothing is happening. Just breathing. And present moment awareness. For some children It’s a torturous cold turkey. I have worked in schools where ADHD has become the new norm with an increasing number of pupils constantly craving stimulus, however mundane. Pull the pen lid off – put it on again. Pick at the rubber with fingernails, stab what’s left of the rubber with a pencil nib. There’s no intention to be disruptive here - to sabotage the learning, give the teacher a hard time, just the unconscious habit of self-distraction and an anxiety-driven compulsion to move. Tell me you’re not nodding your head in recognition. It’s endemic in our schools. We all know it. 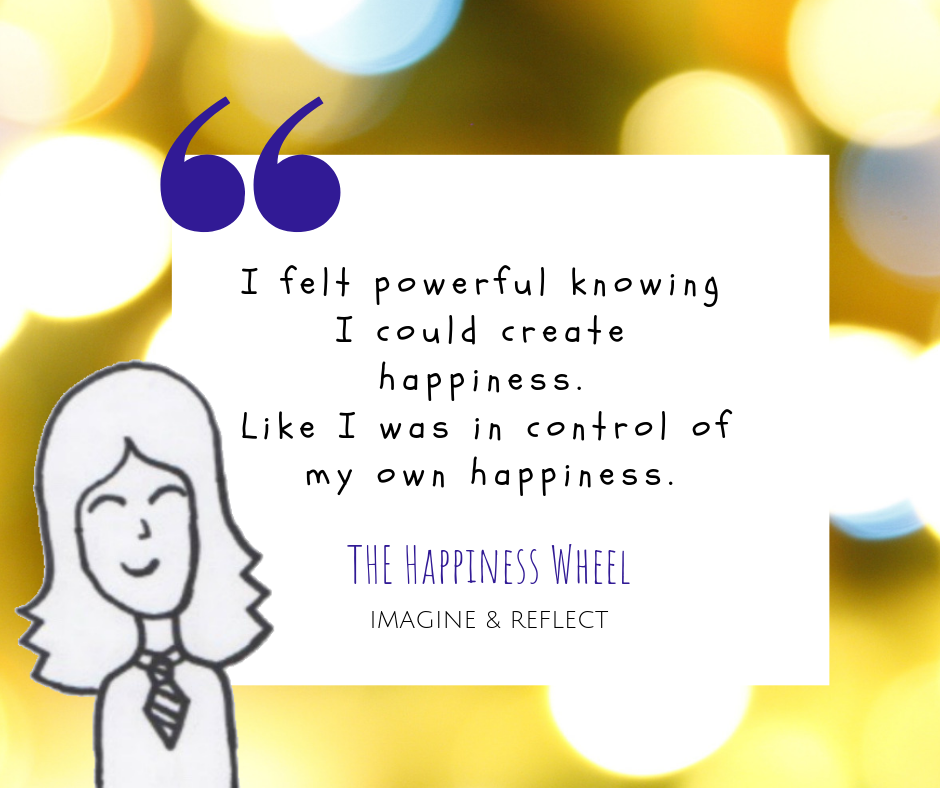 Once the children have been introduced to Stilling Tina moves them on to the next step – guided visualisation. She uses The Wheel of Happiness visualisation whereby the children climb aboard an imaginary wheel that emits sound and light as it turns, generating happiness. To be effective a visualisation should include many sensory prompts to trick the mind into thinking that what it is experiencing is real. This is science, not just flights of fancy. The same neural pathways are stimulated when we imagine eating an orange, as when we actually areeating an orange. Or indeed kicking a ball along a precise trajectory to hit the corner of the net if you are Wayne Rooney. Athletes have been using visualisation for decades to improve performance and the ones who excel have this in common. I’m interested in exploring how we can start applying it as a tool to unlock deeper learning in the classroom.

Tina persists with the reflection questions.

“How did it make you feel?”

‘Powerful’ says one pupil. “In what way?”

‘Because I could control it.’

“Can you say more about that?”

‘I could create happiness for myself and for other people too.’

‘Tired’ says another child. ‘Because I had to work hard at it. To keep

The children’s responses opened up further questions. Do we have to work at being happy?

Is it hard work because of the great need for more happiness?

“What part of the visualisation did you most enjoy?”

The colours, lights, sounds. ‘I could see a rainbow.’

‘Feeling the warm sun on my face at the end.’

After the visualisation I suggested two ways to follow up. Initially prompt questions will draw out reflection and get pupils familiar with thinking and responding from a deeper place. Later they can move on to Thought Journaling, where the real pearls are harvested. Books, pencils, everything must be ready in advance so that following the visualisation while the pupils are still in the alpha relaxed state, they move directly into an open response, getting their thoughts down on paper either in the form of words and phrases, drawings, a mixture of both. In the past I’ve had poems, stream of consciousness narrative, questions, annotated drawings denoting profound insight. Even from children who in beta state calibrate at ‘working towards’! The main thing is to tell them there is no right answer – you can’t get it wrong. Pupils aren’t used to this and may need some convincing. They’re taking a risk baring their soul. Using verbal feedback at the beginning helps them learn that all their ideas are valid and will be affirmed.

“What makes you happy?” is the closing question from Tina. There’s the usual range from eating pizza to playing with my pet rabbit. But one child says ‘nothing’. And upon further prompting, ‘I can’t think of anything’.

Using the visualisation exercises can open up conversations whereby children can be supported and learn to take control of their mental and emotional wellbeing. This alone has to surely be a good reason to start using it in school. My conviction however is that it has scope even beyond this as a teaching tool to support deeper learning, not only within subjects like RE and PSHE which are the obvious starting points, but across the curriculum. This is something I always wanted to pursue during the time I was a classroom teacher. But it was during the Gove years, and it didn’t meet with consensus approval. But it would seem the climate is changing. As more attention is given to the science of learning, teachers are encouraged to be mindful of (no pun intended) cognitive load theory and adapting new approaches whereby teaching and learning in the classroom is organised in such a way as to maximise the chances of transfer from short to long term memory. By inviting learners to engage their feelings, to 'self-invest' by using their imagination through visualisation, this short to long-term transfer of information has a better chance of taking place. Maybe now the time is right for championing this innovative approach. What do you think? Could it potentially earn a place within an emerging pedagogy? I’d like to work in a school where calm is the new norm. How about you?

Some of us are old enough to remember those little bottles of full-fat milk, usually warm by playtime when you were allowed to pierce the silver foil seal with your blue plastic straw.

Well that's not what this blog is about.

But it is about the milk of human kindness. Milk for the soul, if you like.

The stuff that nourishes, sustains and refreshes us inwardly.